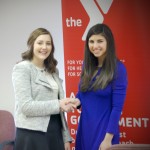 The governor congratulates Christina McLaughlin on her legislation becoming law.

House Best Bill
HB35 by Win Woodson, Saint James School, Montgomery, requires citizens 75 or older to retake the driver license test when they reach age 75 and every four years after thereafter in order to ensure they are still safe drivers. 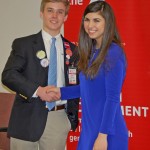 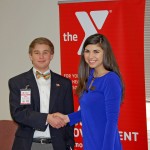