The Betty Carr Award, developed by the Anniston delegation in honor of longtime adviser Betty Carr, is presented to the Alabama YMCA Youth Legislature delegate who gives fully to the program, exhibits excellent debating skills, works diligently behind the scenes and stands for his or her beliefs. It was first awarded in 1976. In 1988, when Mrs. Carr had been an advisor for 18 of the first 40 years of the program, she told the Tomorrow Today newspaper that the greatest accomplishment of Youth Legislature is the confidence it builds in young people: “They learn to speak on their feet, laugh at mistakes and realize that nobody is perfect.” 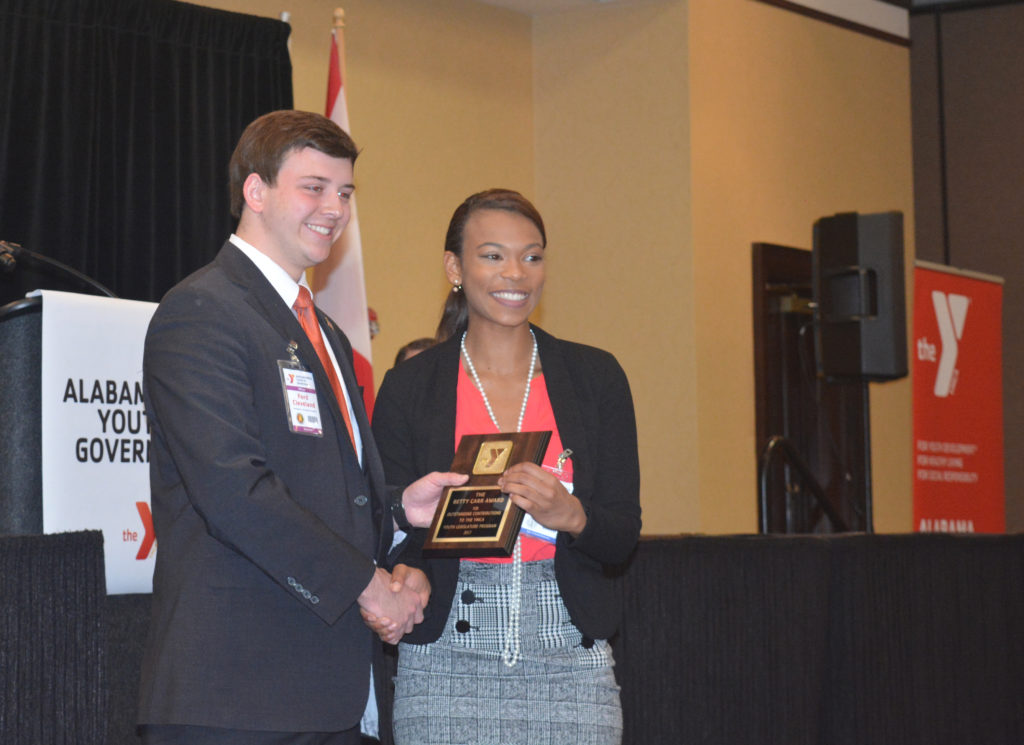 BILL BARRINGER SCHOLARSHIP
Every year since 1987, the Alabama Youth Legislature college staff has selected the Bill Barringer Scholarship recipient. The scholarship goes to a college-bound senior with a minimum three-year involvement in the Youth Legislature program, who exhibits exemplary Christian character, extensive behind the scenes work regardless of recognition, great dedication to the program, an attitude of encouragement and enthusiasm and who has gained respect of peers and adults. 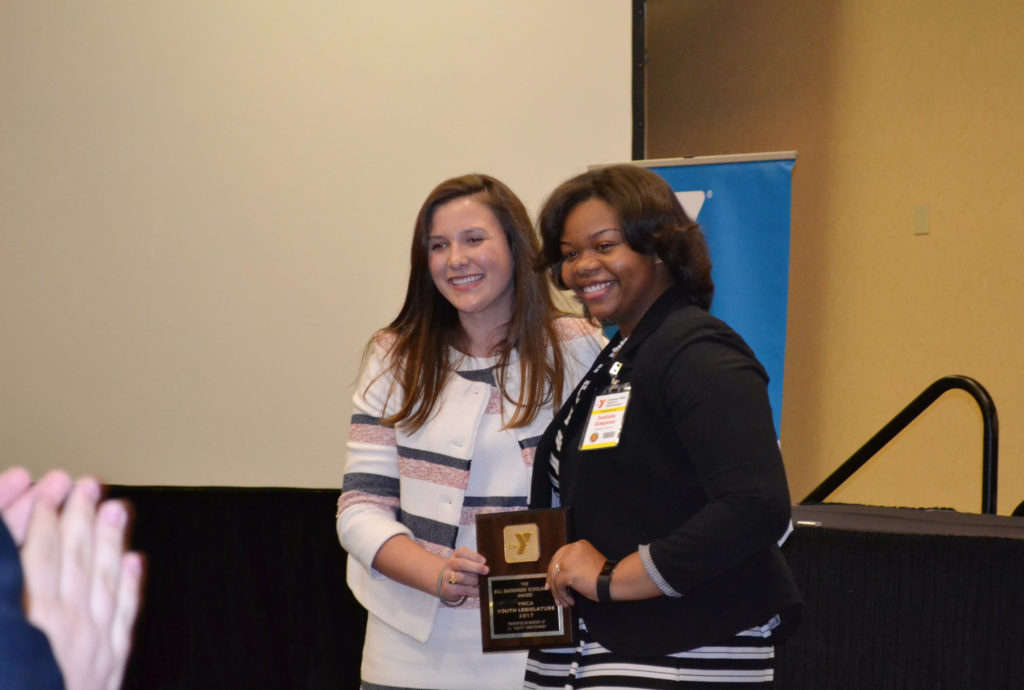 SUNSHINE AWARD
In 2011, Brittany Shepard Pugh died at the age of 24 in a traffic accident that also killed her 15-month-old son, Shep. Pugh was a teacher in the Barbour County school system and a Youth Legislature alumnus. She was the 2001 Outstanding First Year Delegate. She served as the 2002 Secretary of State, was selected to attend the Youth Conference on National Affairs in 2002, 2003 and 2004. Her 2003 bill requiring mandatory kindergarten was signed into law by the youth governor at the time. She was part of the Ozark delegation to Youth Legislature.

The 2017 recipient is Rep. Morgan Gillon from HOPE Christian Academy in Huntsville. 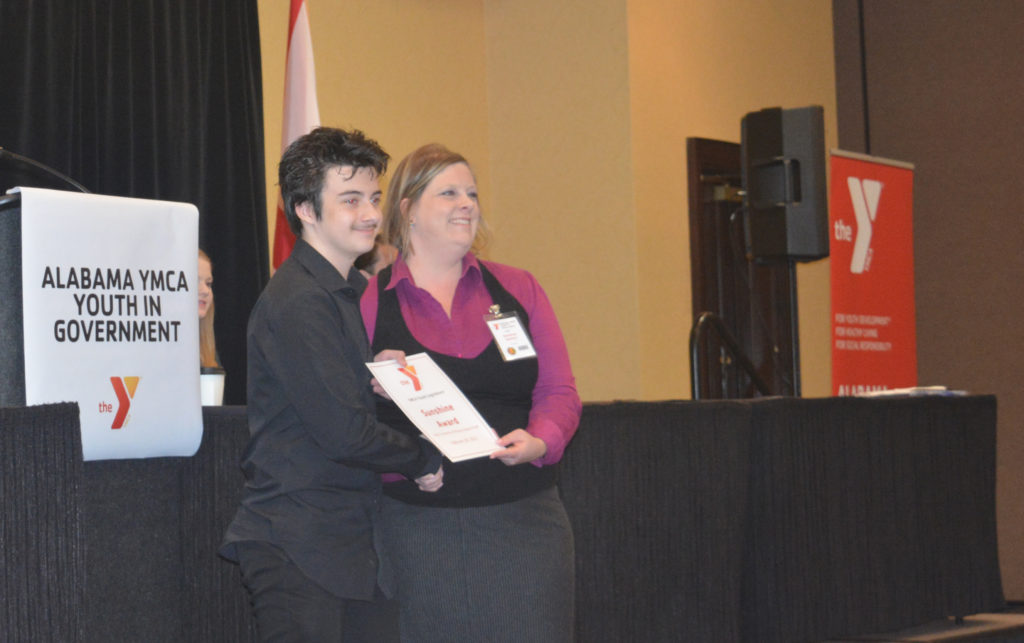 SERVANT LEADERSHIP AWARD
The Servant Leadership Award was established to honor those who responded to the devastating March 1, 2007, tornado that struck Enterprise. Each year, the award is granted to students who have served their community regardless of recognition. 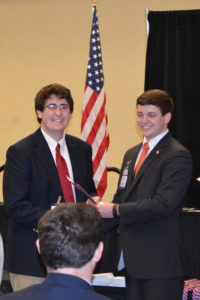 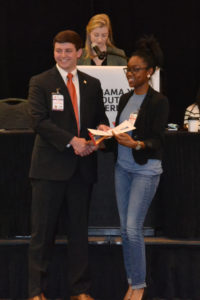