The young people who served in that tradition in their respective chambers in 2017 were: 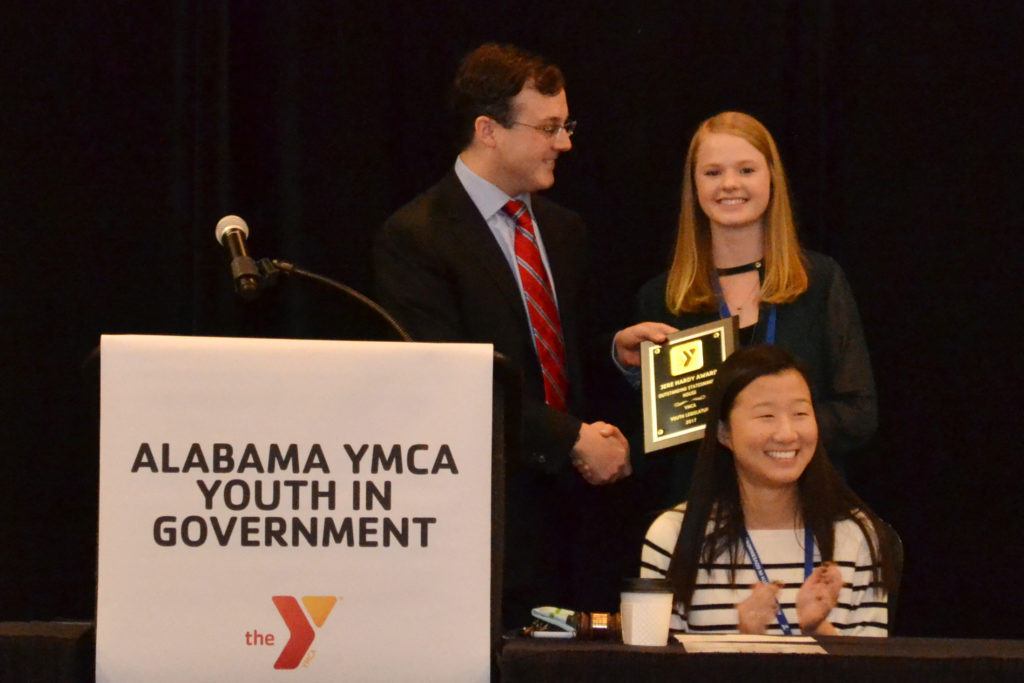 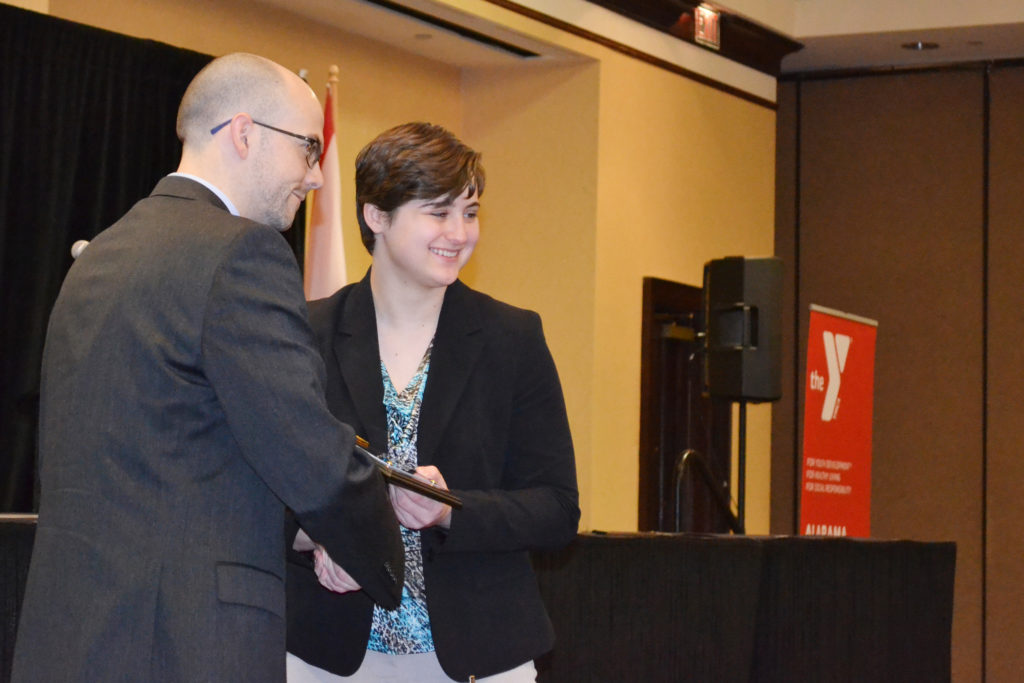 For the 2017 session, the Outstanding Statesman selected for the First Year chamber was Chloe Kinderman from Mountain Brook High School. 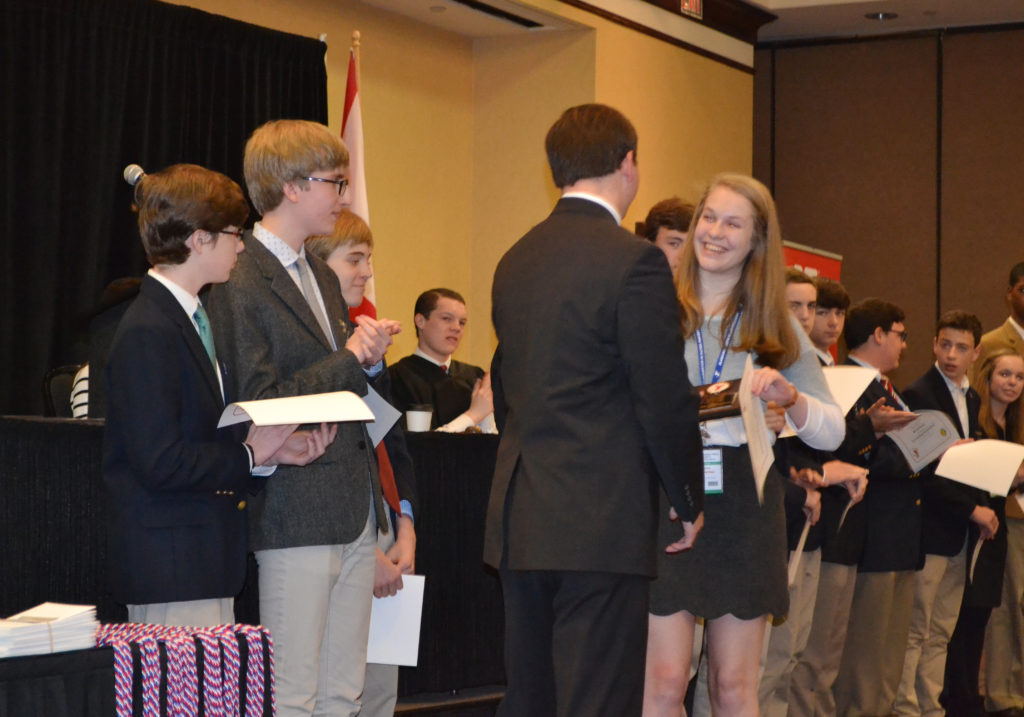